You have an opportunity to ignite a love of reading in your child which will last a lifetime. By reading your child the very best preschool books available, you will delight him with the wonderful illustrations and captivate him with the simple, fun stories. 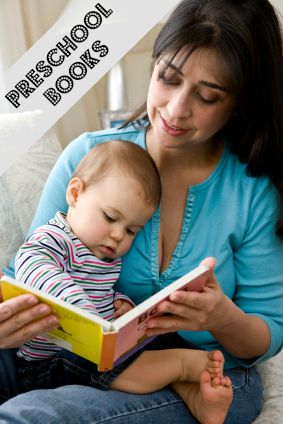 He will see from an early age what pleasures there are hiding between the covers of a book, and this is a feeling which can stay with him for the rest of his life.

But what are the best picture books for the under threes?

The best preschool books destined for children under three years old tend to have engaging pictures with only a few words to each page. The text has a strong rhythm, plenty of repetition and an emphasis on words that rhyme. Learning about rhythm and rhyme is important for your child and will help him later when he starts to learn to read.

If you are more interested in the best books targeted towards children three years old and over, check out these children's picture books.

To try to come up with a definitive list of the best preschool books for under threes I combined over 20 highly regarded lists of children's books including winners of prestigious children's books awards, reading lists from reputable sources and bestselling books of all time. Those books mentioned on more than one list are shown below, with books at the top receiving the most mentions.

It is perhaps not that surprising that "The Very Hungry Caterpillar", one of my own favourites as a child, tops the list. It appeared on no less than seven of the source lists. Three of the books have really stood the test of time, having been written over 60 years ago: "Goodnight Moon", "Make Way for Ducklings" and "The Runaway Bunny". The most recently written book to make the list is "Kitten's First Full Moon", which was written in 2004.