If you are interested in teaching phonics to your child, or just want to find out more about this method of teaching reading, then read on.

Our writing is a code in which our speech is broken down into individual sounds and represented by letters. When teaching your child to read using phonics, you are teaching them the correspondence between these letters and the sounds they represent - the sound-spelling relationships - and how to use these relationships to read words. 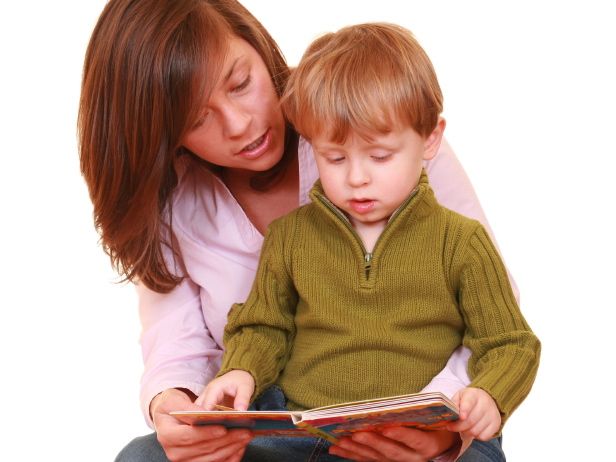 Phonics instruction has been around for more than 200 years and different methods of teaching phonics have developed over the years. A commonly held view nowadays is that the best methods for teaching phonics are explicit and systematic.

Explicit phonics instruction teaches the sound-spelling relationships directly. Children are taught that a particular letter or sequence of letters makes a particular sound.

Systematic phonics instruction teaches all the major sound-spelling correspondences in a clearly defined sequence. The sequence varies according to the teaching method, but includes, for example, short and long vowels as well as vowel and consonant digraphs such as oi, ea, sh, th. It could also include teaching in a systematic way the blends of letter-sounds that form larger subunits in words such as onsets and rimes.

There are several approaches to teaching phonics which vary according to how the sound-spelling relationships are represented to your child and how your child is expected to use their knowledge of these relationships to read unknown words. The most common approaches are analytic phonics and synthetic phonics.

Analytic phonics is a popular method of teaching phonics. Phonics programs of this type were the first to be devised more than 200 years ago and are still very popular today, particularly in the USA. Children are taught to look initially at the whole word and then break it down to compare parts of the word to letter-sound relationships they have come across in previously learned words. By recognising patterns in words children are therefore able to figure out unknown words.

Similarly spelt words are learnt together in rhyming groups called word families. Single syllable words can be split into two parts - the onset, which is the beginning consonant sound, and the rime, at the end of the word (e.g. tr-ick, fl-ap). By varying the consonant sound or blend at the beginning of any particular rime, you can generate a whole family of rhyming words (e.g. sp-ill, gr-ill, p-ill, sk-ill), known as a word family. If children come across a word they do not know, they are taught to analyse the word to try to detect a spelling pattern from a previously learned word family, thereby figuring out how to read the new word.

Another methodology for teaching phonics which first started appearing about 100 years ago is known as synthetic phonics. This method is the accepted method of teaching reading in the UK and Australia.

In synthetic phonics approaches, children are taught to link an individual letter or letter combination with its appropriate sound and then blend the sounds to form words. Children are systematically taught the forty plus sounds which make up the English language and the combination of letters used to represent each sound.

There are more than forty phonic sounds in the English language, with each sound being represented by combinations of the 26 letters. A sound, or phoneme, can have anything from one letter (eg 'm' in map) to four letters (eg 'ough' in dough). Nearly every sound also has more than one way to spell it. For example, the sound /e/ as in 'egg' can also be spelt -ea as in 'head' or -ai as in 'said'. These spelling alternatives are known as graphemes. There are, in fact, over 150 main graphemes used. Children start by learning one grapheme for each sound, blending words with them and then learn other spelling alternatives afterwards.

When teaching phonics with this approach, the first group of letter sounds to be taught tend to be ones which can make up a lot of three letter words on their own. Children are immediately shown how to blend these sounds together to build up a variety of words.

The key differences between these two approaches of teaching phonics are:

If you want to teach your child to read using phonics, there are a variety of different reading programs for teaching phonics available to help you. Whether you are looking for a simple handbook describing the steps you should follow, or an on-line program with computer-animated games to entertain your child while they are learning, you should be able to find something that meets your needs.

You could also try some phonics games which are all about recognising sounds in words, blending sounds to make words and having fun with rhyming words.

Here are a good selection of early reader phonics books which help your child to practice specific phonics rules by containing words which can be sounded out using these rules.